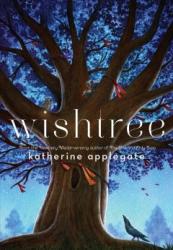 Red is a tree. A red oak tree, to be precise. Red has helped and befriended many animals, and even a human! But as all trees know, it is forbidden to speak to them. That changes when a Muslim family moves in nextto Red. The next thing Red knows, a very bad message is carved into the wood. Red must decide whether it would be better to destroy the rule that trees have had for centuries, or to destroy a little girl’s hope.
I liked the way the author showed Red's thought process and Red's decision making. I also liked the names for the animals, especially the raccoons. The forgetful raccoon mom's name was Big You and her three kids were all named You. I think the humor added to the book so it was not all about hardship.